I have recently created a feature length film called Prison? which is described  below. I will be screening my film with a friend’s short film “Hooray for Hollywood” which is about her experience of being a victim of child pornography and there is a description of both films below. We will be screening  Prison? http://www.charlieryder.co.uk/ and “Hooray for Hollywood” http://www.hoorayforhollywood.co.uk/ followed by a Q and A  with Raven and myself on Sat 26th Nov.  The doors open at 7pm and first film at 7.30pm.  The venue is the Cinema Museum at 2 Dugard Way,  Kennington London SE11 4TH http://www.cinemamuseum.org http://www.cinemamuseum.org/  The venue only holds 40 so please email to reserve your seat.  Tickets are £6.  If you cant make that date but are interested  I can let you know about a future screening. I look forward to your reply.  Email charliewarliethe3rd@yahoo.co.uk

In October 1993 Charlie Ryder took part in a violent protest to shut down the bnp headquarters in Welling South East London. Two months later he was featured on Crime Monthly a program which appealed for some of Britain’s most wanted criminals. Arrested the next morning he waited nearly 2 years before he was sent to prison for 16 months.

While in prison he received a letter of support from a British Holocaust survivor Leon Greenman who had also protested to shut down the Nazi headquarters. Charlie kept this letter in a scrapbook with poetry and artwork he collected to record his time inside.

On his release from prison he developed the scrapbook into a one man play which was critically acclaimed at Edinburgh Fringe Festival in Aug 2007 and then performed in prisons, universities, and conferences.

Charlie has now developed his story into a feature film using shadow puppetry, marionette puppets, rod puppets, masks, visual art, poetry and dance to shine a light on his time inside.

Charlie hopes that by painting a picture of his experience it will educate people and challenge perceptions of prison and prisoners.

For more info go to www.charlieryder.co.uk

This is a description of ravens film hooray for hollywood.
Despite numerous offenders being prosecuted for the downloading of pornographic material featuring the rape, torture and murder of children, little is mentioned of the origin of these photographs and videos, which are often described as ‘indecent images.’In order to inform discussion and raise awareness of the issues involved, there will be the screening of short film “Hooray for Hollywood”. This semi-autobiographical film written and directed by Raven Kaliana, a survivor of these crimes, delivers a rare insight into this most abhorrent form of exploitation.By using evocative puppetry alongside actors, the nature of the abuse experienced at the hands of pornographers is made clear in “Hooray for Hollywood” without compromising the viewer. This powerful film provides a crucial tool that can be used to educate and inform a public that has yet to interrogate the scale of the problem.Reviews of the live version of this project can be found at http://hoorayforhollywood.co.uk/<http://hoorayforhollywood.co.uk/>  . Time Out London gave the original play “full marks for audacity, and for a passionate commitment to righting a social wrong.”

The play has successfully been used in Childline staff and volunteer trainings, and to engage audiences with the issues presented. The film adaptation opens the doors to reaching wider audiences through online use, screenings, and training.

Upcoming Talk at Criminology Institute at Univ. of Cambridge 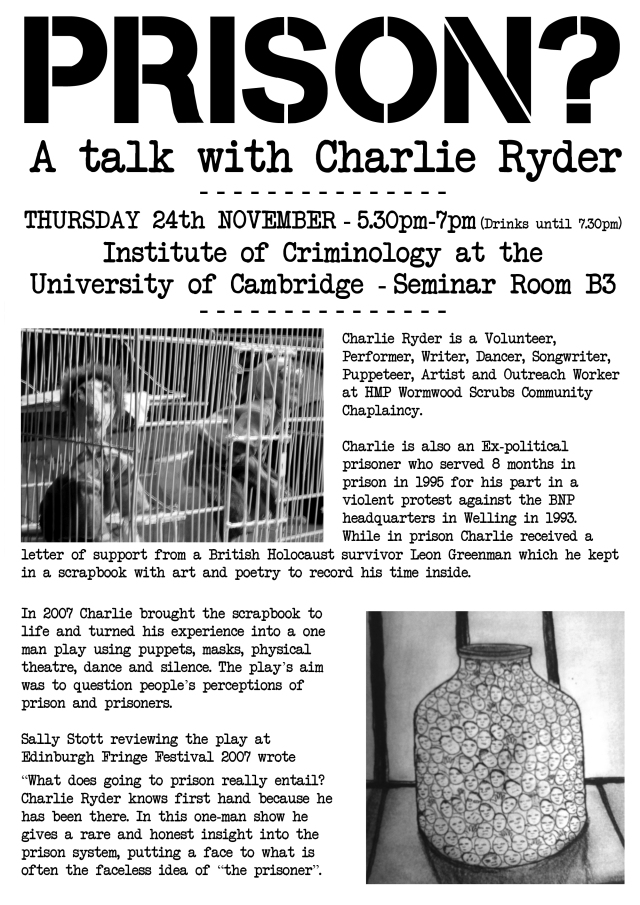